There’s a classic principle in design, which is that you should go broad before you go deep. The idea is that unless you intentionally go outside the boundaries of what is known, you’ll be leaving a ton of solutions on the table, many of which could be superior to the one that’s right in front of you. The idea is that unless we explore the unknown, we’ll always end up back where we started.

In recent conversations with friends, it became clear that this is something many designers struggle with. Either they had a hard time looking past what they knew to be existing technical limitations of a project, or they simply felt uncomfortable looking too far ahead given any number of immediate challenges, whether they be deadlines or specific problems to solve. Having worked in the field of design for almost two decades now, I felt that I could potentially share some personal learnings, in case they might be helpful to others who struggle with “giving themselves permission” to do undirected design explorations.

Because I’m a Star Wars fan, you can always count on me to find a way to bring it into a Star Wars context. In this case, I’d like to steer your minds toward the tale of how Han Solo — scoundrel, smuggler, and captain of the Millenium Falcon — managed to complete the Kessel run in less than 12 parsecs.

But surely you know that a parsec is a unit of distance, not time? Surely Han was just just bad at physics and was trying to impress would-be passengers to pay more? Come now.

Yes, that may still be the case, it certainly would be in his character to do so. But the reason Han was able to actually complete the Kessel run in less than 12 parsecs (11.5 to be precise, citation needed), was that he took a shorter, more dangerous route to Kessel. Han succeeded because he disregarded the dangers of veering off the path, by then going outside that beaten path, and ultimately he did so by having faith that it might work.

Serendipitously, this maps well to the craft of design. Let’s extract from Han’s heuristics three principles of undirected design explorations.

The first step is to accept that you won’t encounter literal space dragons as you explore. The very worst thing that can happen as a result of you giving yourself permission to explore, is that you’ll end up in a dead end (or in Han’s case, a black hole).

But even then, you have to trust that this dead end has intrinsic value. Something led you to take that path, and you followed it to the end. Maybe you found out it didn’t work, but now you can relax in actually knowing that. You have cauterized that idea (just like how a lightsaber cauterizes wounds as of the 1997 special editions). You can let that idea go, knowing it’s been explored to its depths, and you can proceed to explore other ideas.

2: Go Outside The Beaten Path

You won’t know whether something is possible, or whether an idea is viable, until you actually try it. If you give yourself permission to pretend anything is possible, it opens up avenues to explore that you otherwise wouldn’t have considered.

Trust that there is a solution to any challenge. Imagine it being out there, shrouded in fog, and that the only way to find the path forward is by exploring in any direction. If you keep exploring long enough, eventually the fog will lift and the best path forward will present itself, clear as day.

That path might not contain answers to your immediate challenge at hand, but maybe it will instead suggest where you’d like to be down the road. Consider that a vision of where you want to be, then work to create steps on a roadmap to get there. In shaping each step of the way you can get closer to that vision, and you’ll eventually end up in a nice place.

On the other hand, if your process is driven only by a near-future desired outcome, you’ll only end up in a place you’ve already been.

The path to Kessel is 18 parsecs, mapped in such a way as to avoid a string of deadly black holes. Suggesting it can be finished in less than 12 is a little crazy. The only way anyone would ever actually do such a crazy thing, would be to have faith that it could be done in the first place.

For the craft of design, it’s okay to believe a particular approach or idea is crazy and impossible, so long as you still give yourself permission to explore it. It can be really hard to give yourself that permission, as the more you know about a task, the harder it can be to disregard boundaries you know are present. You have to have faith that giving yourself this permission will benefit you long term. You have to believe that if you don’t do this, you will block off ideas from even entering your radar.

If it helps, pretend your explorations are “what if’s” — pretend they are strawman examples that you know won’t work. Allow yourself to explore them regardless, just to understand how they don’t work, or how badly they would work. As mentioned, you might end up in a dead end, but you’ll still be smarter for it. Or, you might be surprised to find a happy accident: maybe that crazy idea of yours just might work. Or maybe a variation of it could!

If you’re on a deadline, it can be tempting to take the path of least resistance and skip the “go broad” step. You might feel like an undirected design exploration is a luxury you simply can’t afford. In that case, maybe try and time-box the explorations. Keep them as low fidelity as you like: use crayons! You can even keep it text-only, and write a stream of consciousness of sorts — a rapid-fire series of ideas and how they would be supposed to function.

But do it regardless. If you jump immediately on the idea that seems the most actionable right now, you’re arguably wasting time in the long run. At best, you’ll end up making only slight iterative improvements. At worst, you’ll end up fortifying a fundamentally flawed approach, just making it that much harder to eventually get to a good place.

We can boil it down to the following:

Once you trust in the value of this process, it becomes easier to make the elbowroom that is necessary to cultivate new ideas. And as with all things in life, the more you do it, the easier it becomes. 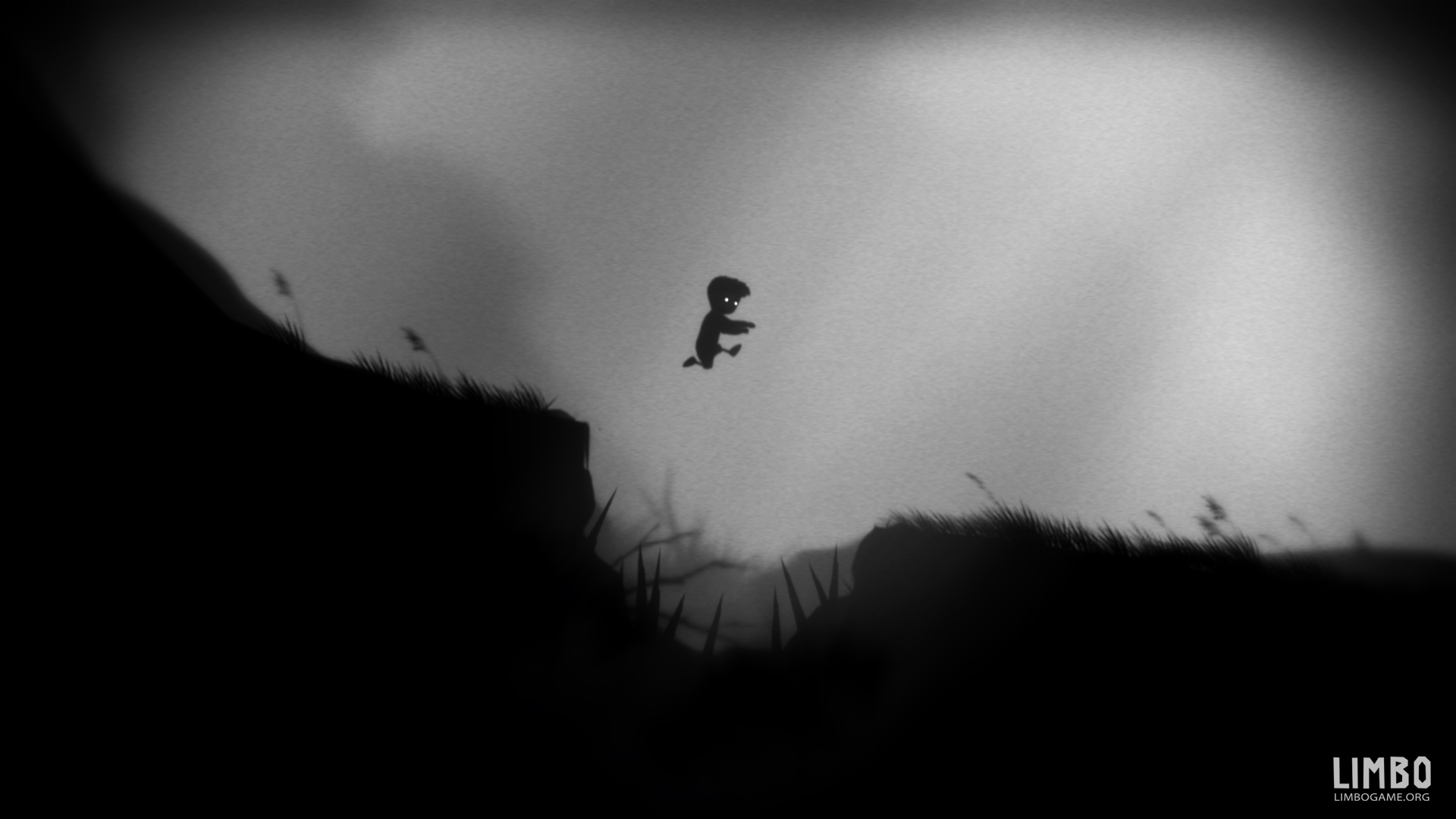 Launched yesterday is a brand-spanking new-material-laden WordPress website for Limbo, an artistic, sidescrolling platformer. Limbo is engineered by Copenhagen-based Playdead Games which I’m proud to call my neighbours. As you can see from the screenshot above, the game is absolutely gorgeous, and it’s even better-looking when it’s moving, so you should definately check out the newest trailer on the website, and this gameplay footage from Gametrailers.com.

Photoshop Is So Slow …

It’s been a while since I did any “deconstructions”—animated GIF files showing the various incremental steps in a design—but I was suddenly inspired to do it again.

The above is one of my personal favourite posters deconstructed. I did the poster simply as an invitation to a night of good music in a house in Sweden. The poster is for sale, by the way.

An Evening In Sweden

Once in a while, I invite a few friends up to our family house in Sweden for a weekend. We enjoy the fire in the garden, good usually cholesterol-laden food and alcoholic beverages. Sometimes, even music. Most recently, my dear sister whom is also a proprietor of our fine house, has purchased a phonograph. Convinced that such a device is all it takes to mount a successful expedition to said location, I have not only acquired a fine selection of gramophone records, but I have produced a poster to celebrate the occasion. The poster will also function as an invite-to-be-sent. Eventually.

Feel free to bask in my awesome taste in music.

The process is relatively simple and painless. Twirl stuff in Illustrator, paint and compose in Photoshop and then pile on layers upon layers of dirt.

Say no by default

Having worked with design for quite a few years now, I’ve learned my share of lessons and picked up a few do’s and don’ts. For your reading pleasure, here they are, neatly compiled into bullet points. Your thoughts on these are most welcome. Oh, and feel free to chime in with your own advice.

Zen Photo is a web application that allows you to create online photo albums. It supports automatic thumbnails and individual image comments. It has grown out of a desire to create simplicity among a myriad of complex alternatives.

I’ve been looking for just such an application for quite a while. Until just recently the landscape for web photo albums was bleak. Hence, I couldn’t refuse an invitation to design the default Zen Photo template, and the administration section.

END_OF_DOCUMENT_TOKEN_TO_BE_REPLACED

A long while back, I stumbled upon a snippet of wisdom. Fortunately, I wrote it down, because the website that held this info is down. I have managed to track down the source to a Mr. Edward de Bono. His book, “Simplicity“, is available at Amazon.

The snippet of wisdom is related to achieving simplicity in designs. I am storing it here as much for your convenience, as for mine.