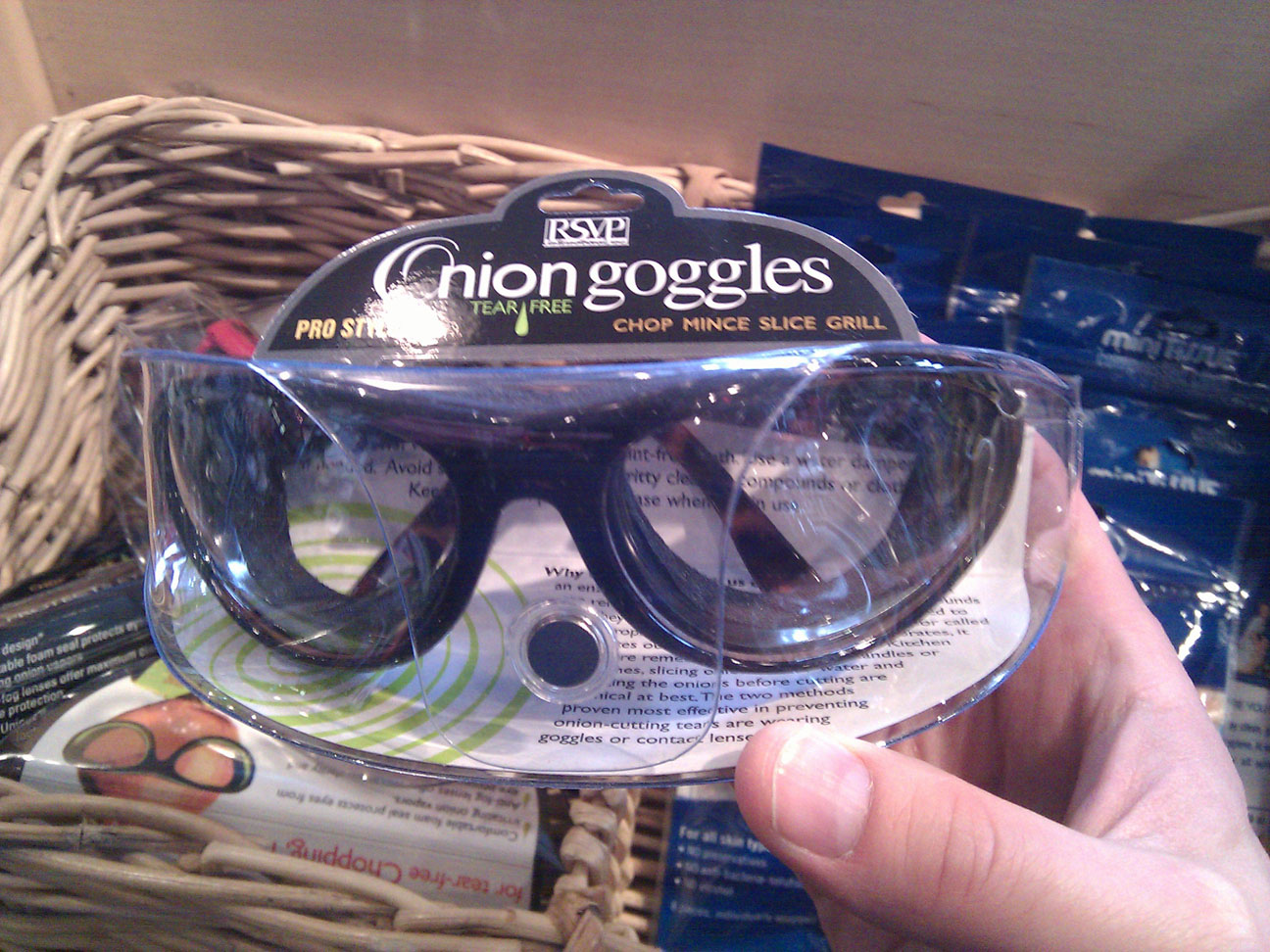 A couple of weeks ago, I travelled to the USA for SxSW, or South By Southwest, to meet my new coworkers at Automattic as well as help out with the WordPress booth. After a week of SxSW, The Wife joined me as we travelled to San Francisco, to experience California. Here’s a brief travelog.

Prior to visiting (this was my first time in the states), I had my share of prejudice about America and in particular Texas — prejudice mostly attributed to a previous president — and sure enough everywhere smells like barbecue and trucks are as big as they come. But the one bulletpoint to take away from the presentation that was Austin was that everyone was profusely friendly and mindblowingly service-minded. I’ve always been a fan of American culture, but I’m now a fan on a whole different level. I knew these guys could put a man on the moon, but I’d somehow overlooked what such a feat does to a nation. I didn’t hear the words “I can’t do that” during my stay. Still not a fan of trucks, but I’m now a fan of their drivers.

On that note, damn those roads are big. I’ve never experienced a 5-lane one-way road before; sure enough, that’s the norm here apparently. They also tow cars: 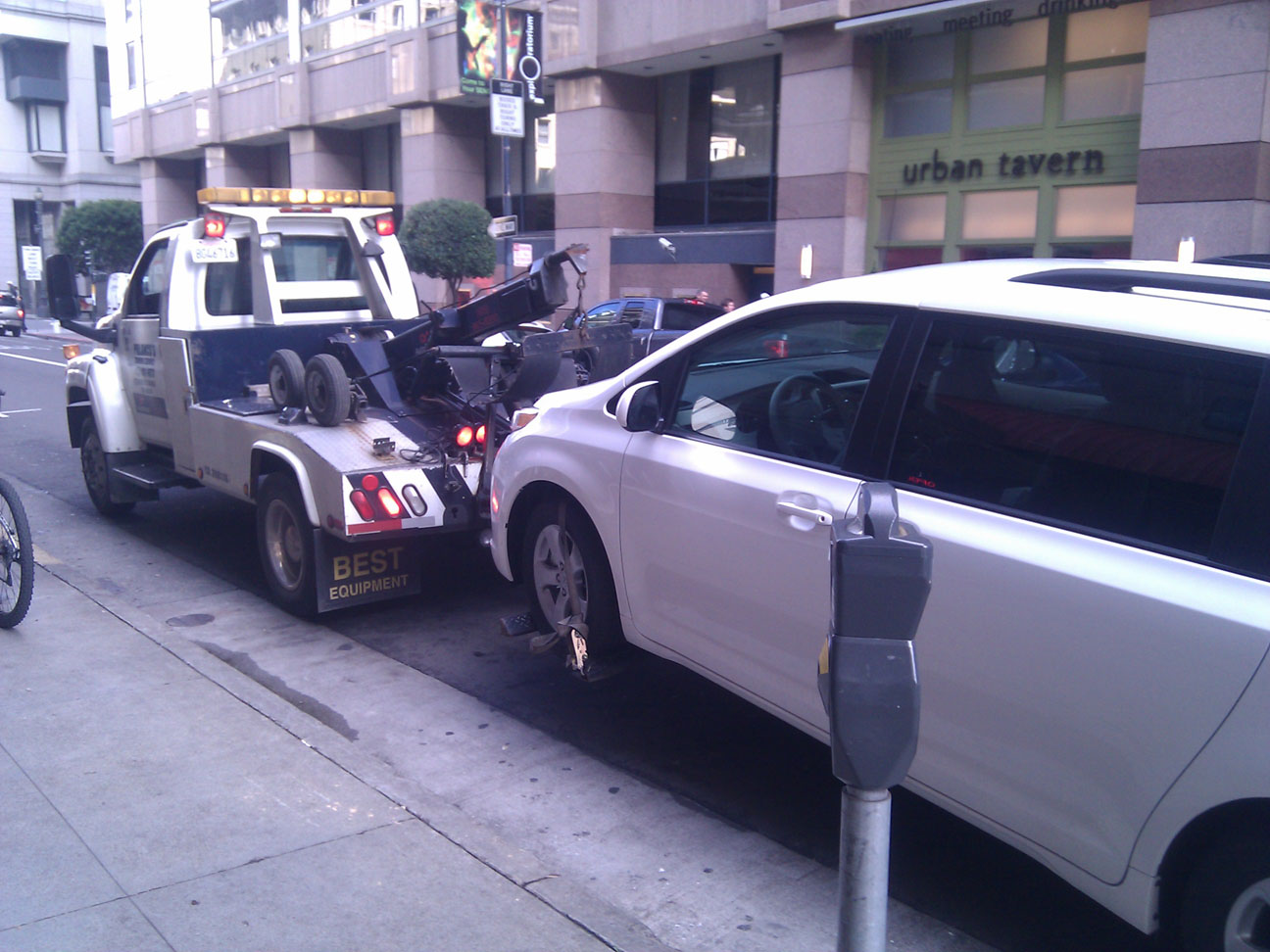 That’s pretty funny. But necessary, I assume, with the vast amount of cars that are here. I’m glad we got a rental car, it’s absolutely necessary. I also now understand why my US team-mates wish me “safe travels” whenever I announce in our team chat that I’m about to bike home. Because there are no bike-lanes here, and if there are they aren’t elevated like the sidewalk is. USA is not a bike-friendly country by any stretch of the imagination.

On that note, my new co-workers make up the most concentrated pool of talent I’ve ever encountered. Plus they’re super nice: 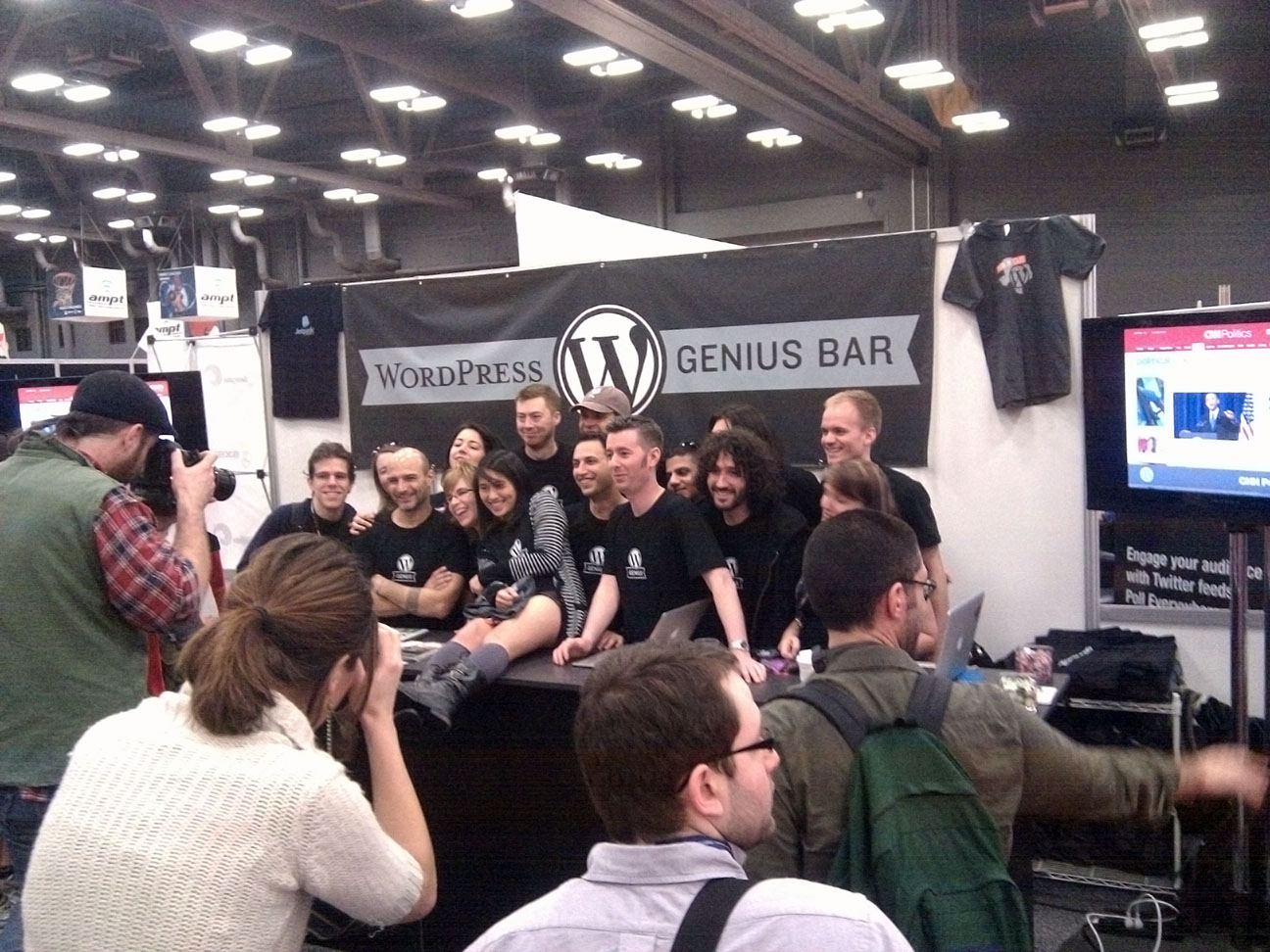 Whenever these guys aren’t busy posing for photos, they’re being awesome. Seriously, it’s hard to say this without offending every previous company and colleague I’ve worked with, but I’ve never met this level of talent, maturity and niceness all in one company before. Which is why I guess such a distributed company can work, I guess — it doesn’t matter if you’re right next to each other if you can’t communicate. Suffice to say, these peeps make up the sweetest bunch.

As do Texan donuts: 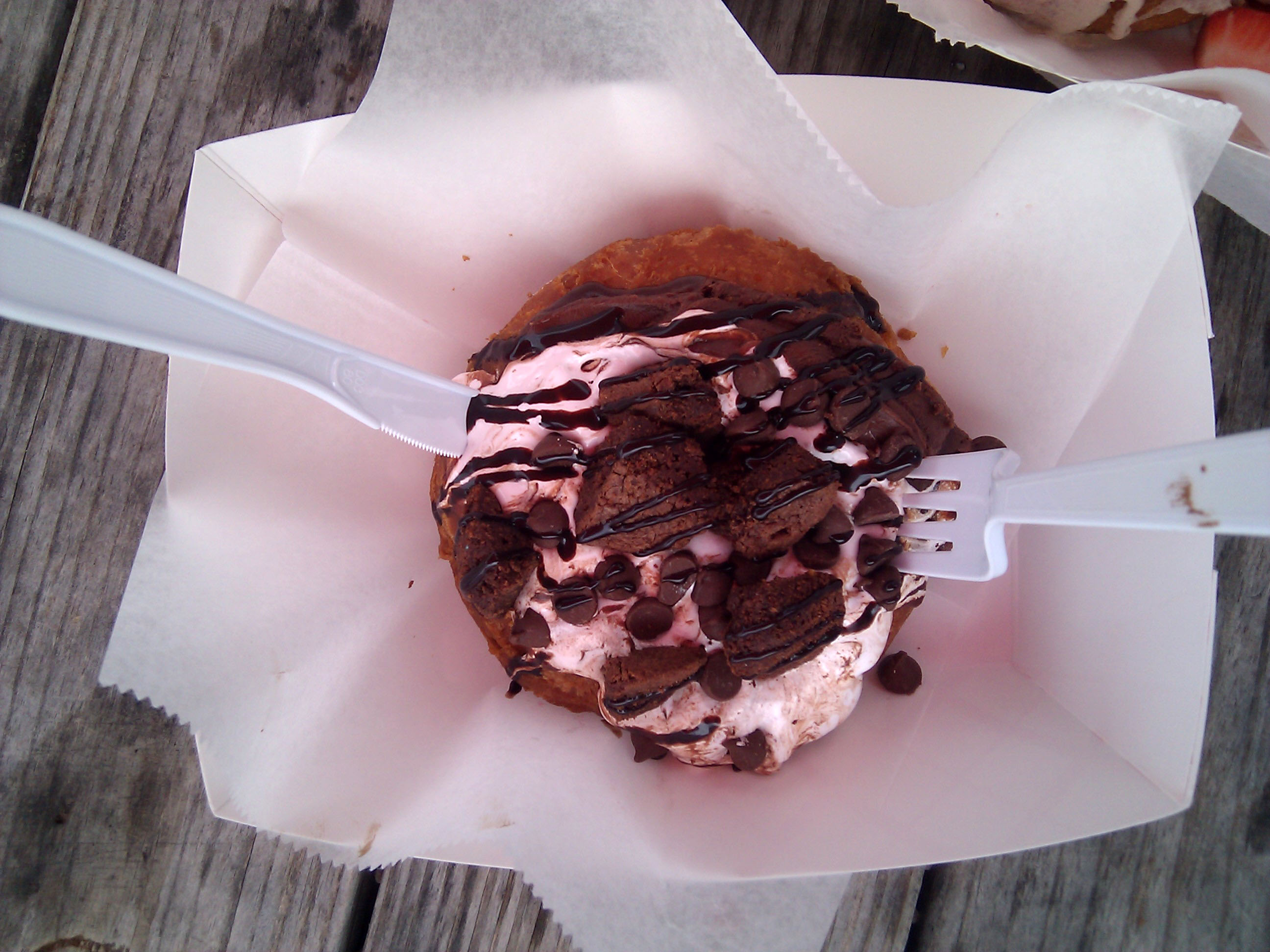 Zoom right in — it’s high-res. Watch how the light is reflected off the melted marshmallows and fudge candy.

I didn’t finish the donut in the picture. I’m not worthy to call myself a Texan yet, though I did kinda enjoy these bacon-laden sugar glazed donut holes (from the by-the-way totally awesome Automattic party — that Matt guy sure knows how to throw a party!): 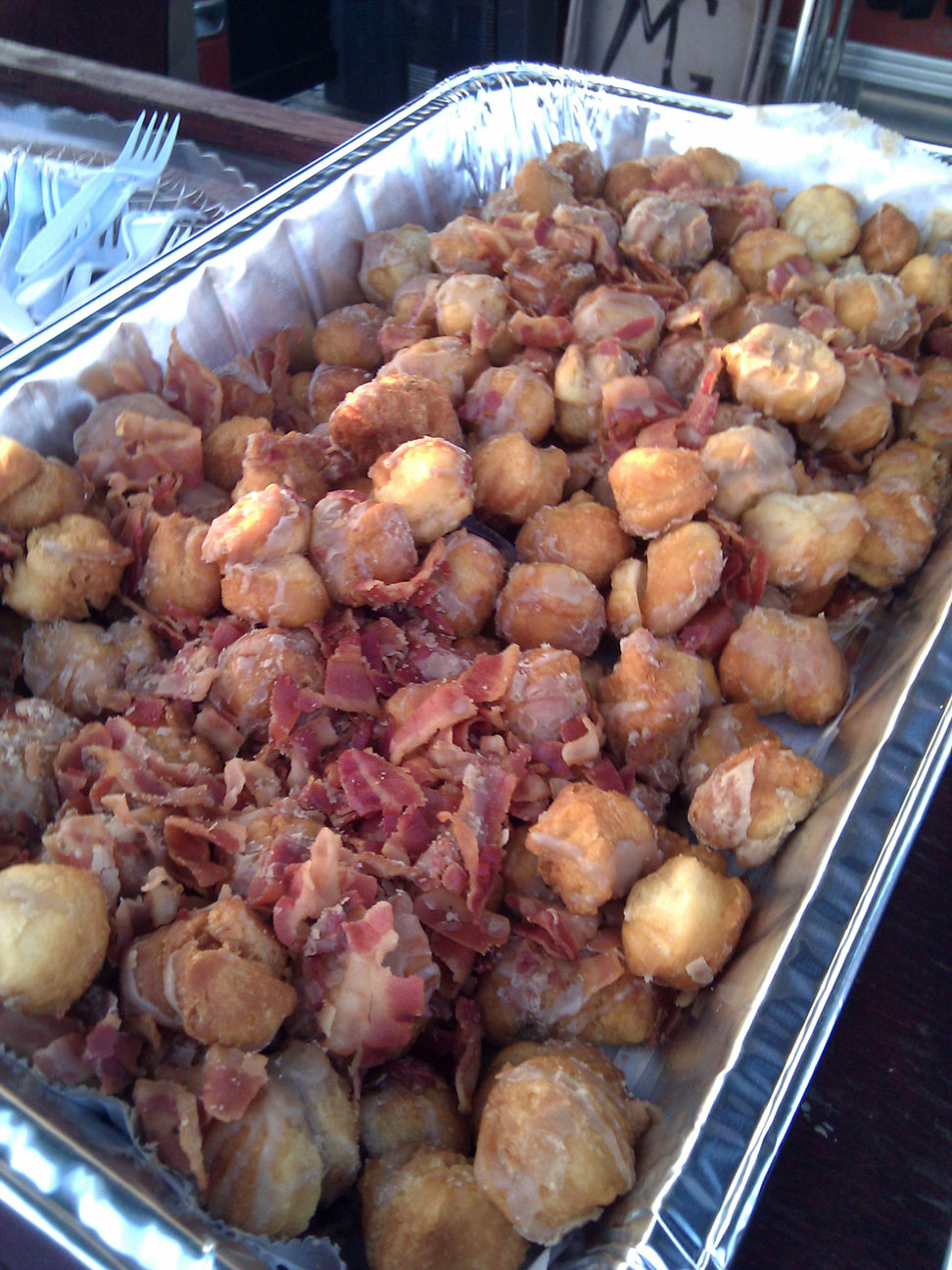 Aside from the Automattic party, I’m ashamed to say I really enjoyed the IE9 party. It was like entering the near future while enjoying great free drinks and good music.

What to take away from SxSW, by the way, is the following: RSVP as many parties as you can, and go to as many as possible. Screw the panels. While good (especially #stopling), the parties brought more networking opportunity than any other offer SxSW had on its table. Additionally, Beluga was pretty useful to stay in touch with the group. It’s actually the first time one of the social apps have been anything but annoying to me.

I tried working on my sugar-intake skills on the rest of my trip by stocking up on milkshakes, the best of the rather large bunch being this one: 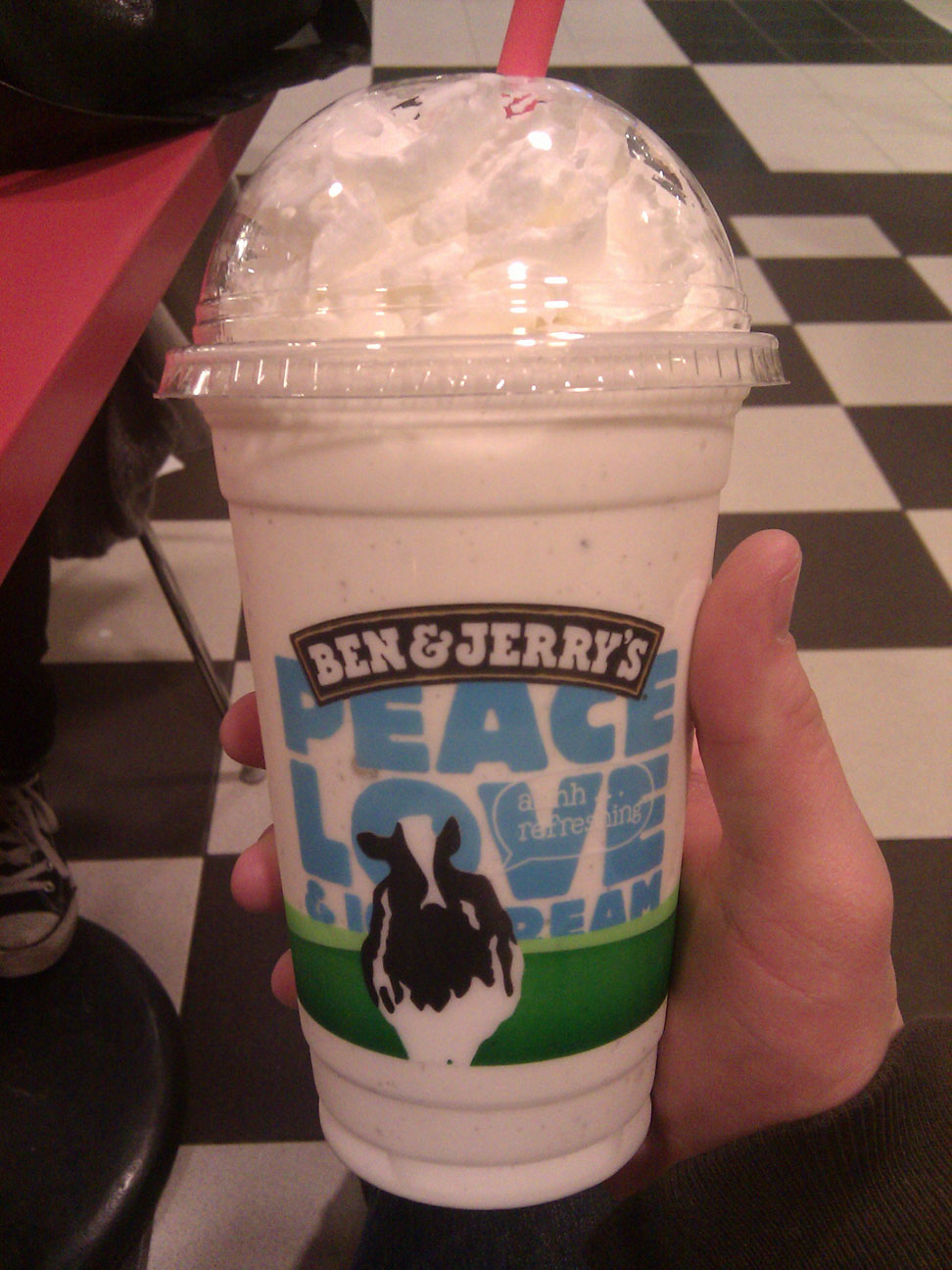 San Francisco was pretty awesome. Very nice climate. The rain made me feel right at home: 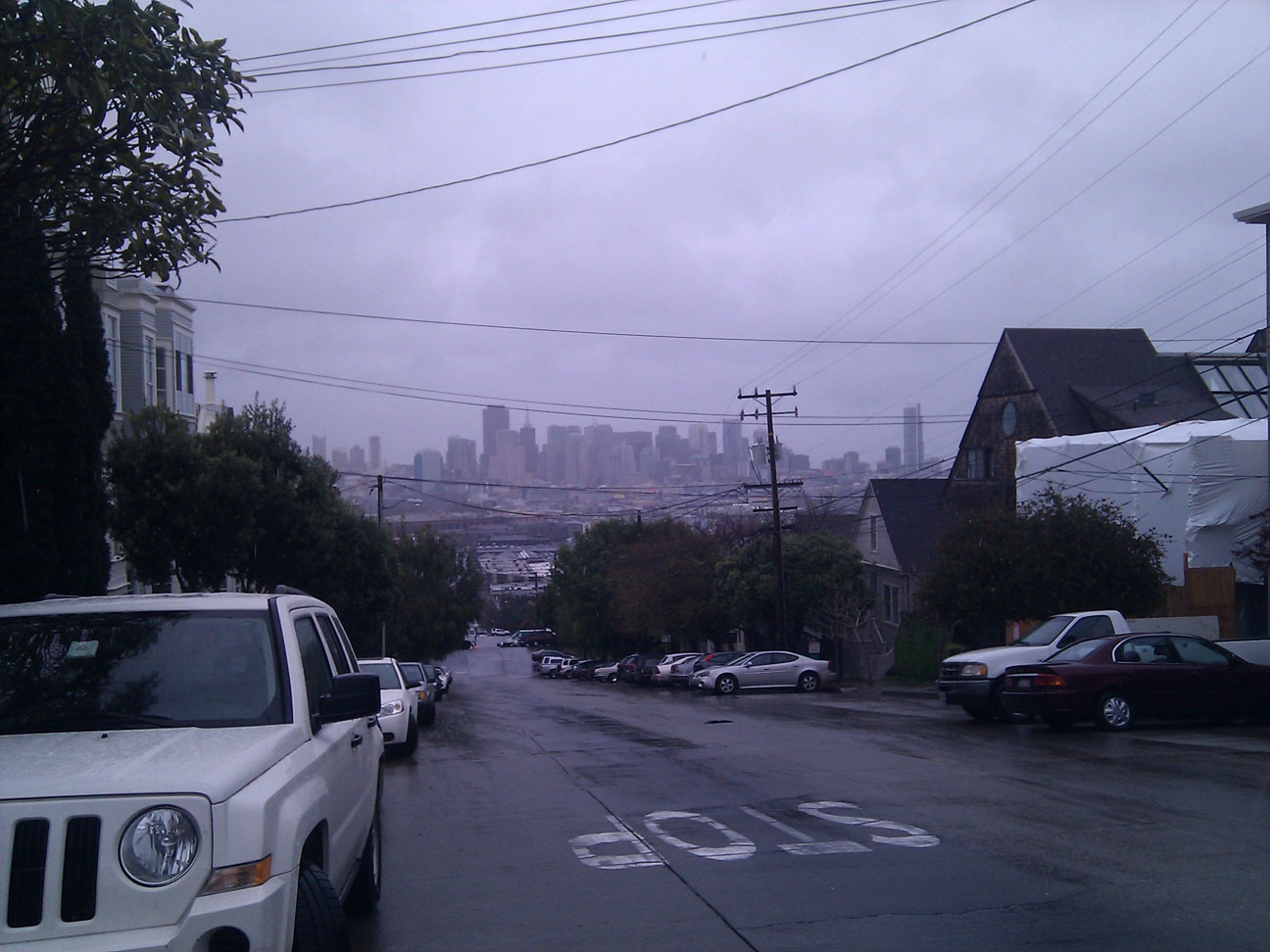 Fortunately, it only rained a couple of days which we spent at the aquarium, shopping, and at museums such as the Computer History Museum: 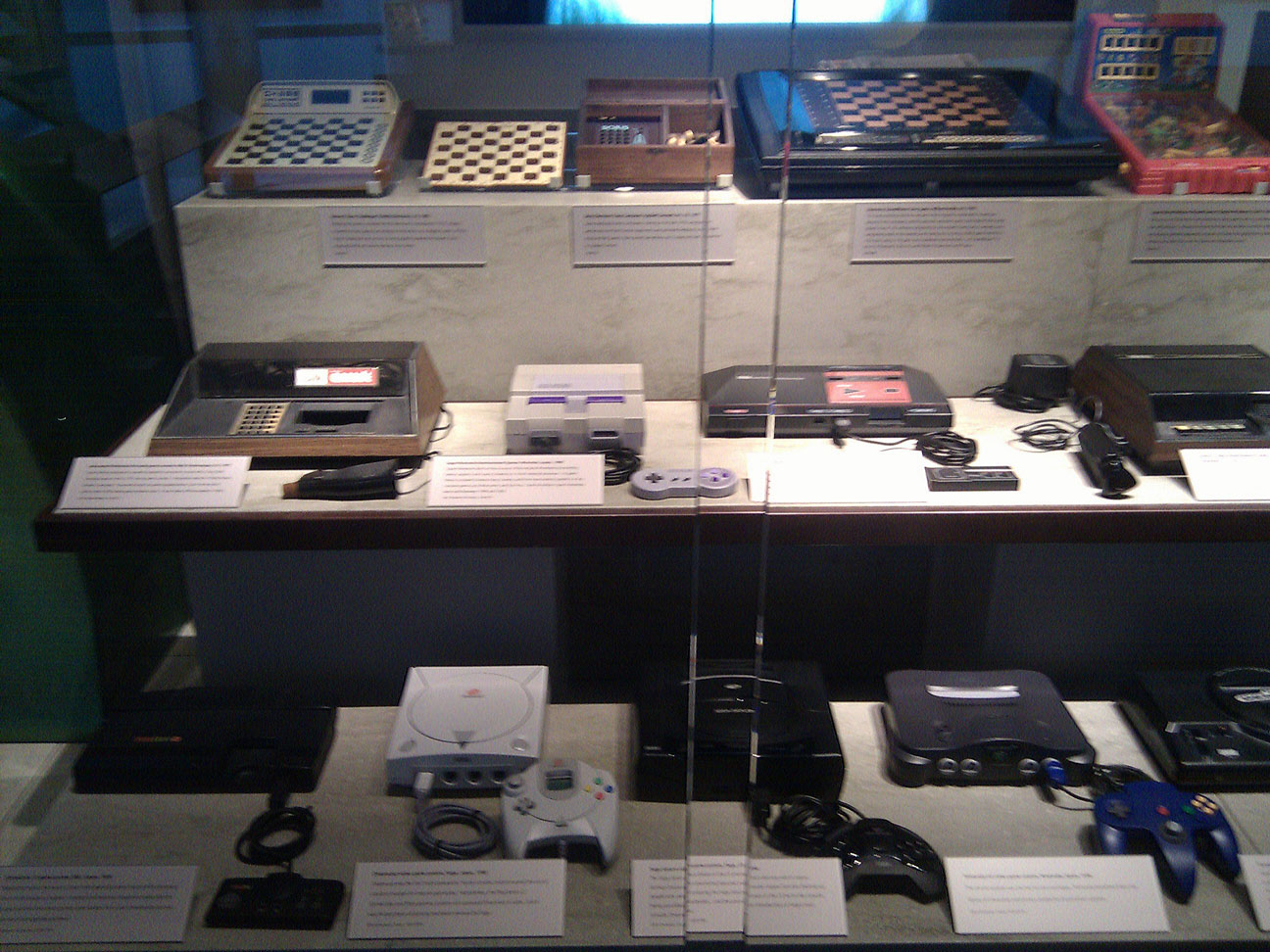 The days when it wasn’t raining were absolutely gorgeous, and there were enough of these days that we managed to spot all kinds of mindbogglingly beautiful nature around San Francisco: 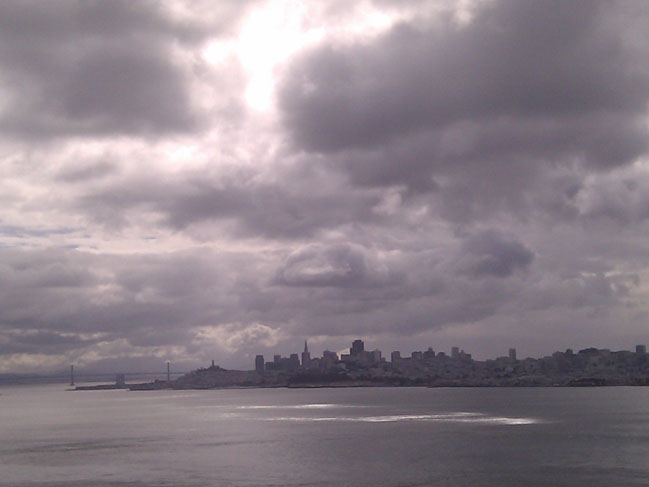 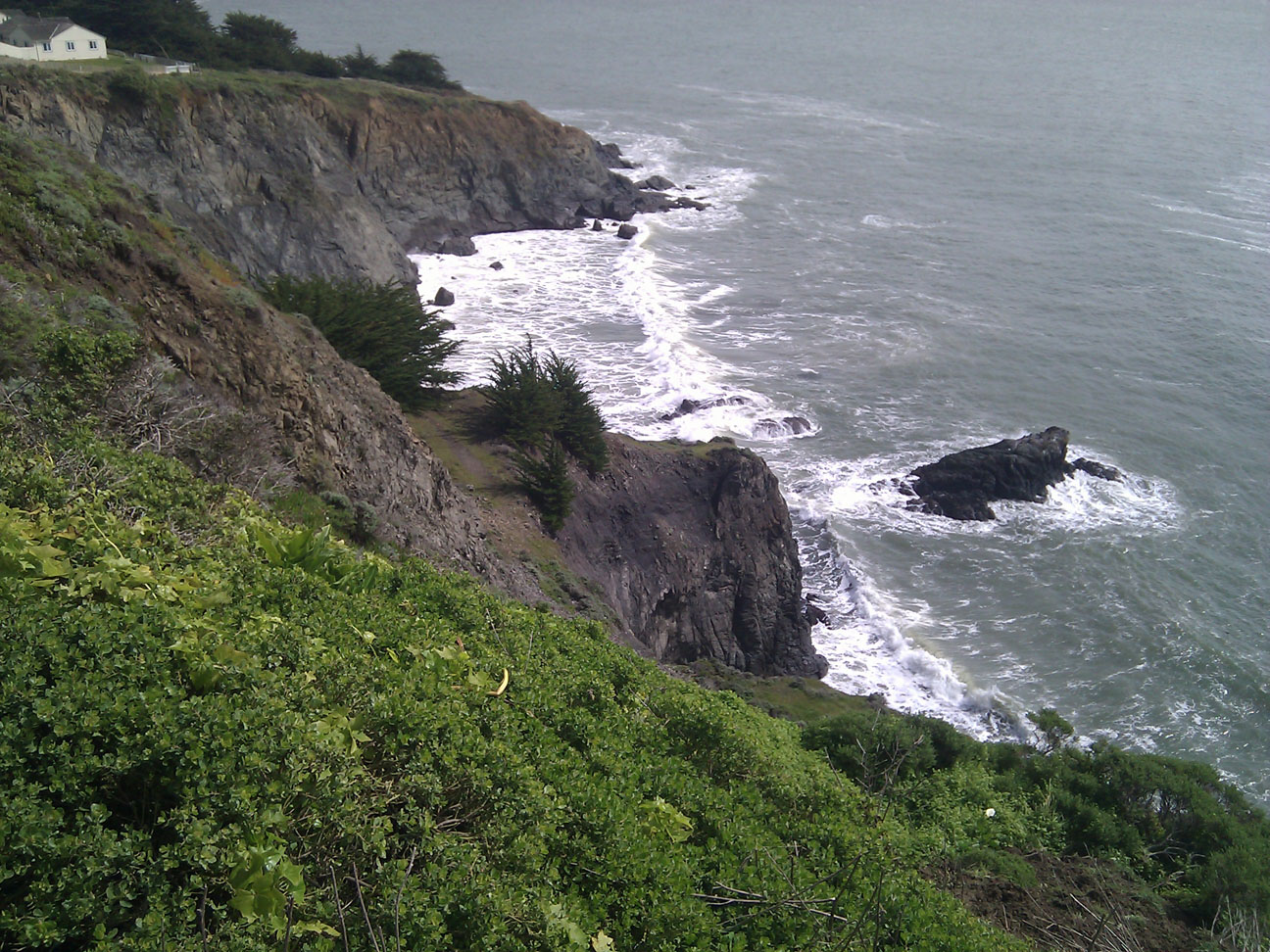 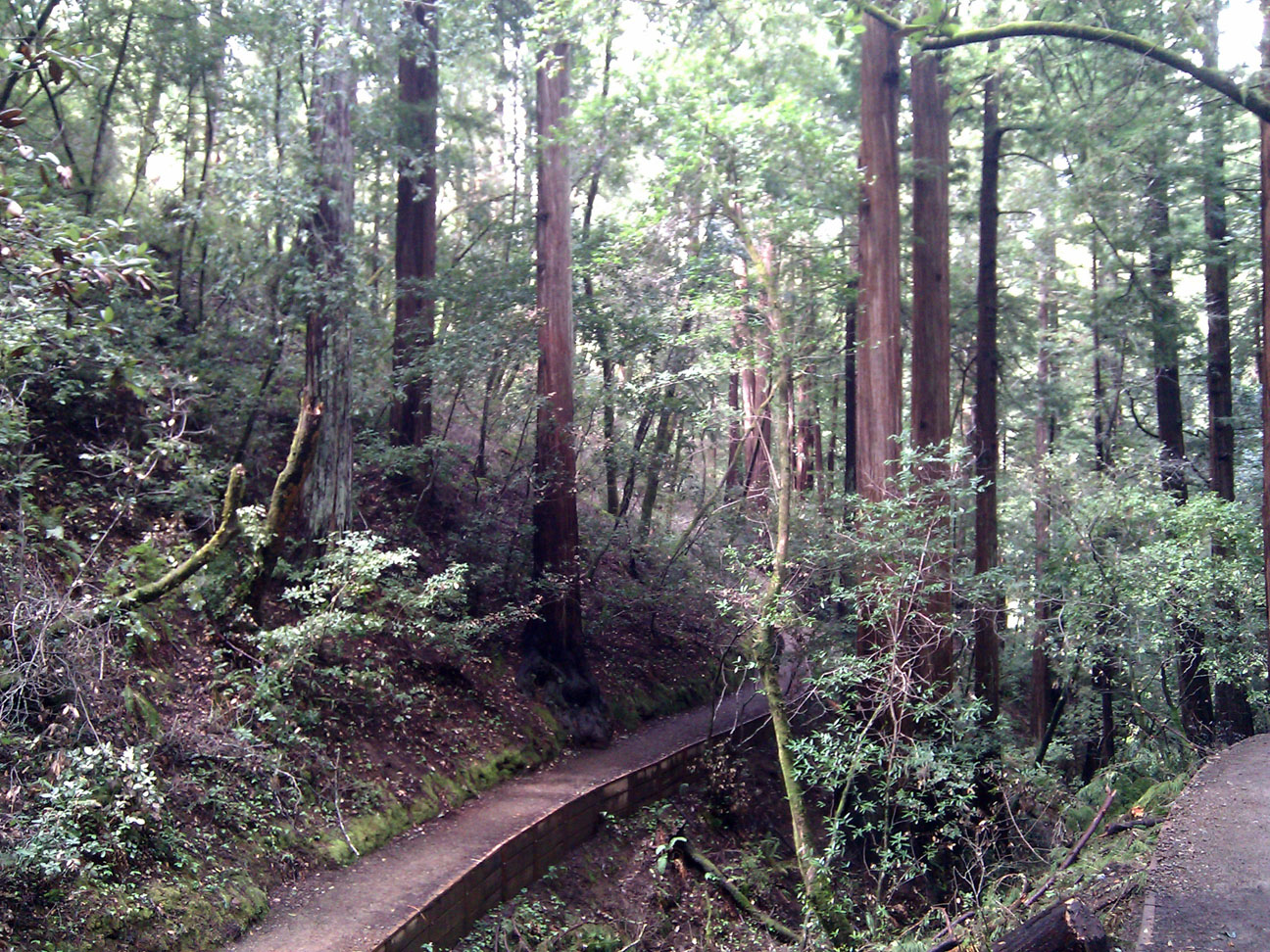 Seriously, I thought we had it all figured out in Scandinavia with our awesome nature. But those Muir Woods redwood trees are absolutely incredible. Just looking up at them is almost spiritual.

As a whole, this America visit was a raging success. As big as the trucks are, as lacking in bike-lanes the cities are, as ridiculously non-yoghurt the yoghurt is, as verbosely spelled out as the street signs are, as exhausting the ranch dressing turkey highrise sandwiches are, the bottomline is simply as black as the night without the stars. Google Maps navigation can spell out the street names here. There are elephant seals, redwoods, donuts and friendliness. It’s a winning combination.

27 responses to “America, A Review”