In a visit that would turn out to be much more appreciated than was expected, the Girlfriend and I flew to Thailand a few weeks ago. As it turns out, there’s a lot more to that country than meets the eye, certainly enough to merit a travelog.

The stay was just under two weeks at a quite luxurious resort called Evason. Time was spent mostly examining poolscapes, beachscapes and umbrella-drink-scapes. While this certainly makes for delicious if not expensive living, it’s not the part of Thailand I’ll be chronicling. More interesting to me was the profuse friendliness and politeness I was met with mostly everywhere. Having met a plethora of ego elsewhere in the world, this baffled me enough to inquire about. The response was: “this is a good job, I like it”. Smarter than me, this cookie was. A relief to hear also, as it made me feel less like an evil european colonial lord and more like simply another well-treated customer who eventually had a bill to take care of.

The trip from Bangkok airport to the resort was a full three hours in an air-conditioned cab; a trip which kindled more anecdotes than are worth writing about. And here they are. In a city as polluted as Bangkok and a country as warm and moist as Thailand in the rainy season, I suspect an AC set to 18 degrees Celsius is as much an expression of luxury as it is cold inducing. It also helps me explode my CO2 footprint, which I’m sure has been tenfold its usual during the just spent fortnight.

Speaking of C02, I noticed a surprising amount of very large cars. 75% of everyone drove pickup trucks, mostly the Toyota Hilux brand. Another 75% drove SUVs so large they needed an extra rearview mirror. The remaining 50% drove silver sedans that looked just alike. The whole 200% amounted to double the amount of cars I’m used to see. Now you’d think the treehugger in me would bitch at the Thai people for driving gas guzzlers, but in fairness I have no doubt the CO2 footprint of every thai is a mere fraction that of westerners; this was often exemplified by the small crowds gathered on the bed of the pickups.

Interestingly, the assortment of cars also spoke to me of infrastructure, taxation law and the lack of railways. But enough about that. A more interesting observation is the complete absence of well-tasting milk and male baldness. I wonder if there’s a connection there.

At one point we visited Koh Talu, an island modelled after the collective consciousness minds-eye image of paradise. It looks like this: 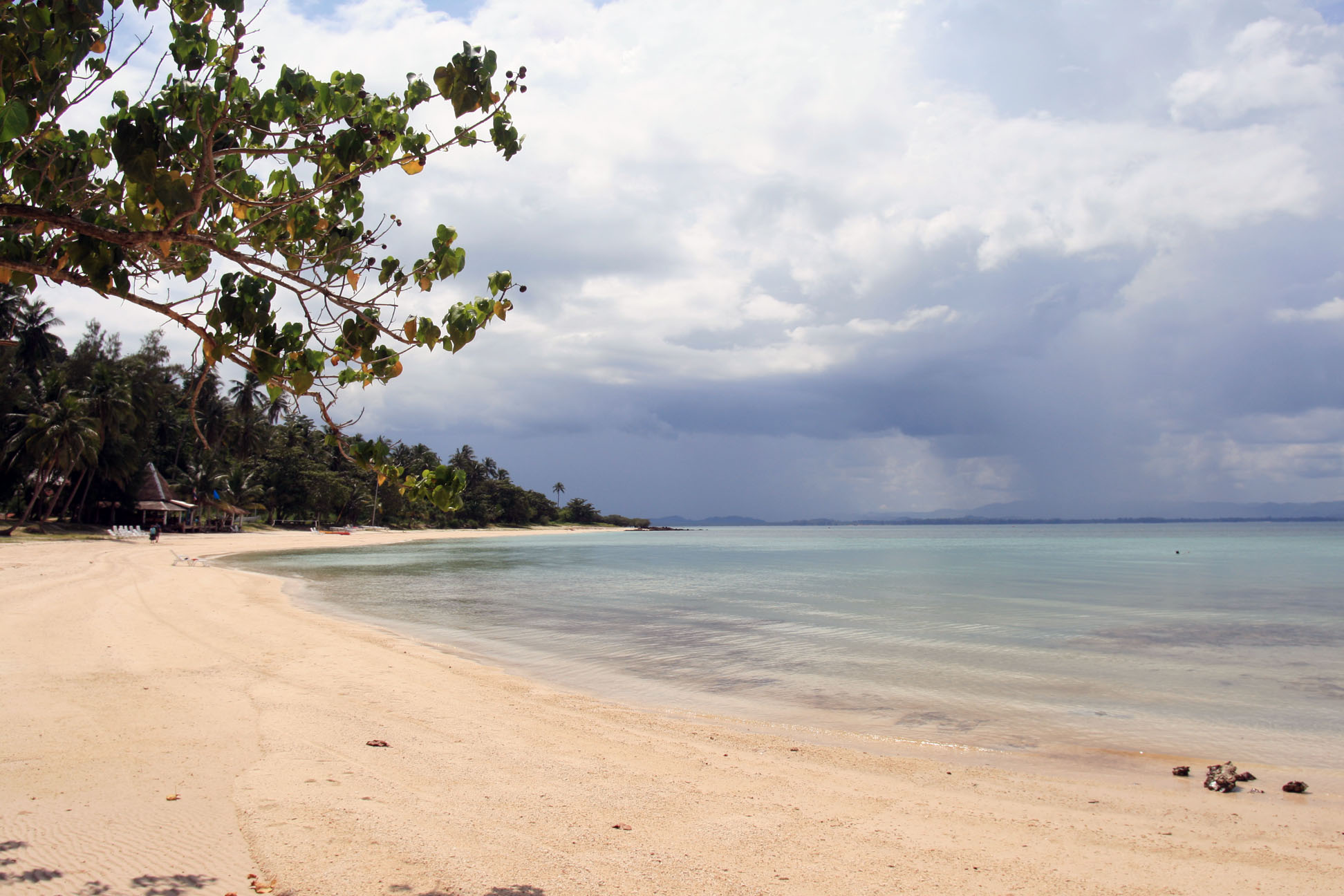 We went snorkling here. Saw fish of most colors and shapes. Not in this cave, but just outside it: 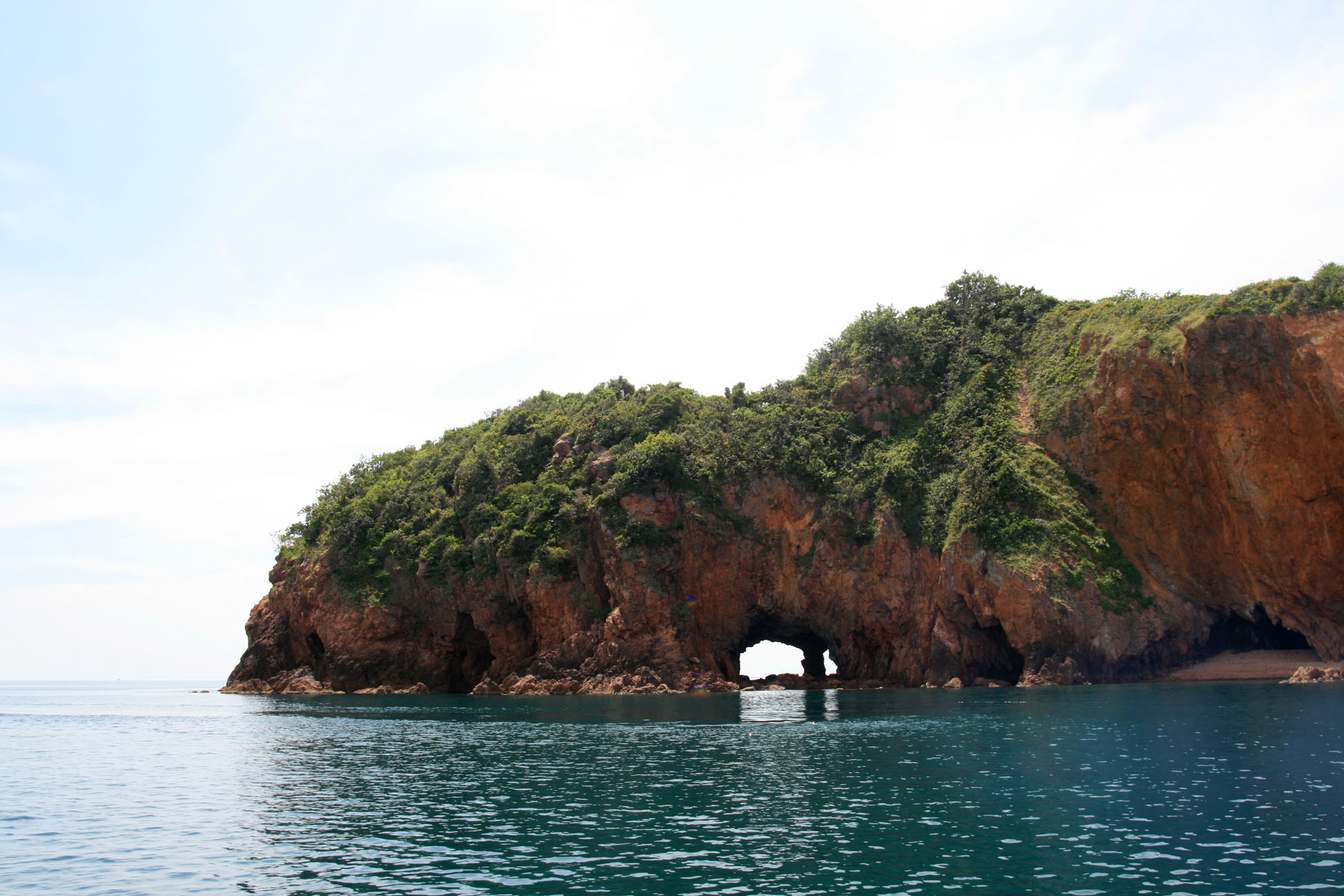 The food was without exception, exceptional. So with no surprises, I’m here to confirm your suspicions that Thai food in Thailand is as good as you’d assume it was. The culinary highlight of the whole trip was a Tom Ka soup which is now my favourite dish in the world. It’s an explosion of foody happiness which everyone in their right minds should try several times in this life or the next. The Pad Thai is not bad either.

Good food, friendly people, lots of sun and beaches. You’d think I’d never want to leave. On the contrary, as good and as welcome as this vacation was, it surprised even me that by the end of it, I longed back for Denmark. After a while, the food starts to taste a bit too boullion, the sun starts to become a bit too scorching and the near-swamp-humidity a bit too taxing. As cold and grey the sky looked as I strode out of the return-plane, I have to admit I twirled my metaphorical cane in happiness. I believe I’m built for the cold, lonely icescapes of the north. And so, I decided I was a scandinavian after all. 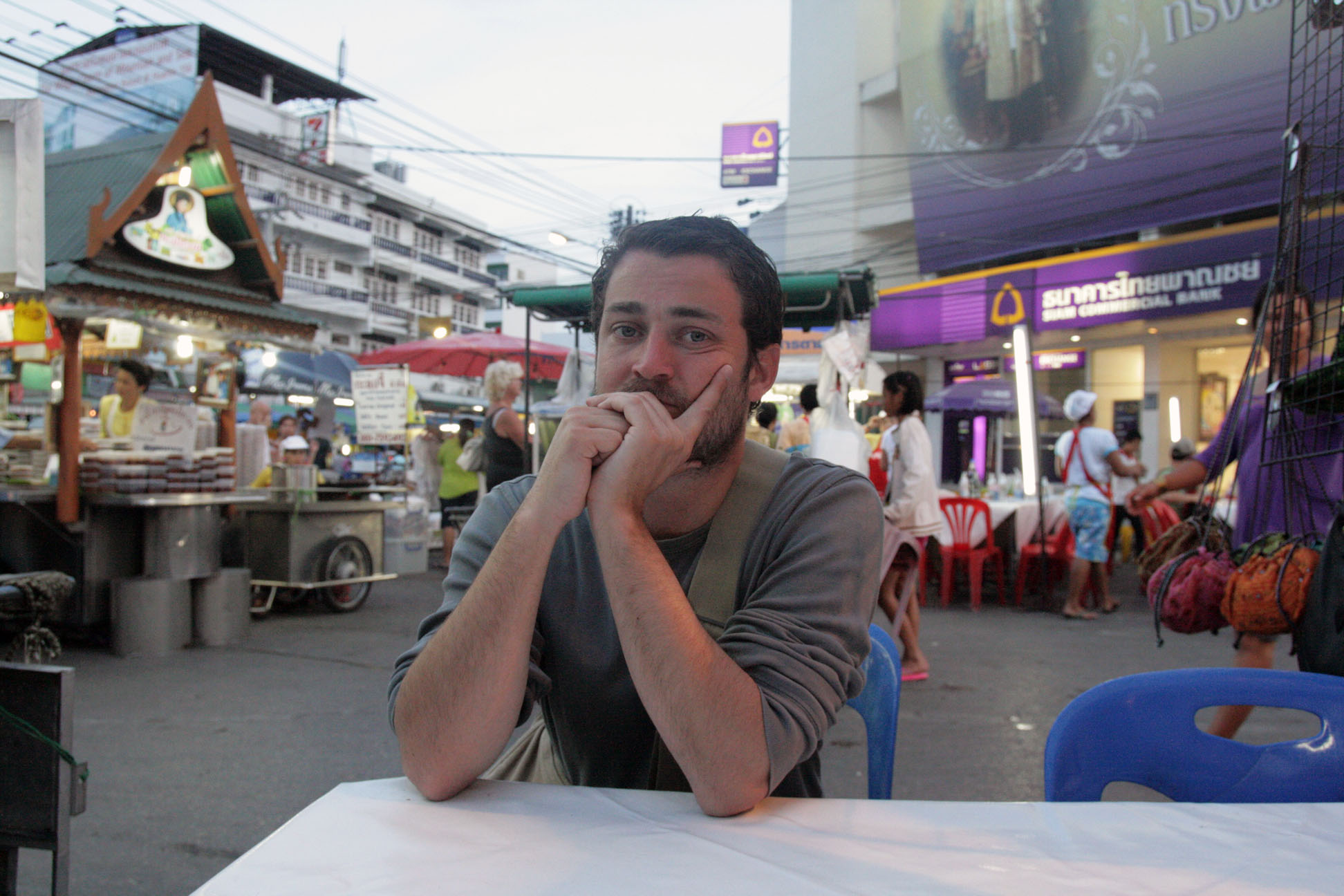 I call this image “Scandinavian Tristesse”, or “I’m really not as sad as I look”.

6 thoughts on “Scandinavian After All”