A Window With A Chrome Finish

The once-mythical GooOS has materialized, and it’s carved in Chrome. Google has just announced that they’re entering the operating system arena with their own offering, Google Chrome OS. Here are the facts:

Well this is exciting. Translated roughly from pressreleasish, this means that Google is now entering a cold war with  Microsoft, Apple, Ubuntu, Nokia, Sony Ericsson and pretty much everyone else who has a stake in the web. The computer. The smartphone. It could work too; imagine it’s a little over a year from now, and your mom wants a new laptop. You surf onto dell.com and when you get to pick between operating systems, you can either pick Windows 7 Starter at an added price (and no ability to change the desktop wallpaper), or you can pick Google Chrome OS at no extra cost. Both run Gmail and Facebook. Which sums up the extent of the chromic bomb Google dropped last night. 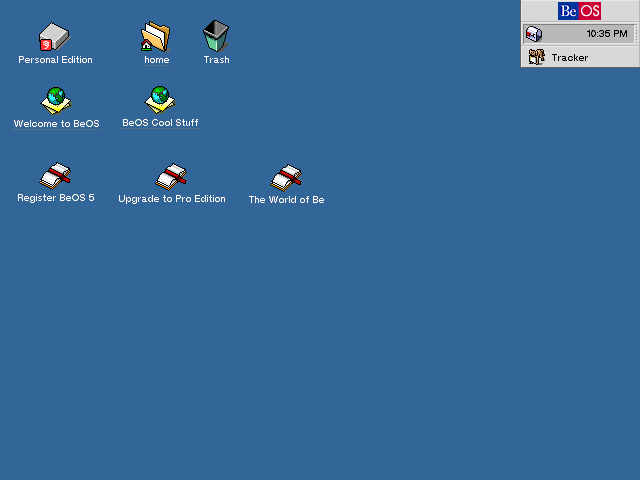 Chrome OS may succeed where many others have failed. It may succeed by simply leveraging the ignorance that’s keeping people on Internet Explorer 6; the very same ignorance that makes your mom think Google is a browser (which I remind you, it wasn’t always). Why should’nt it be? With Android, Google got their fingers dirty with Linux. With Chrome, they surprised many (possibly even themselves) with the ability to bring the minified Google interface to an application, without getting flak from the “pretty is important”-brigade. Opportunity awaits in operating system country, and it’s fueled by I don’t care what my computer runs, as long as it works. It’s a match made in the cloud.

It’ll be interesting to see what the implications are for Ubuntu. Whether there are casualties or opportunities created when a new massive open source project is announced, is a very tricky discussion. One could argue that Firefox is in trouble with the existence of Google Chrome and certainly something similar could be the case for Ubuntu with the emergence of Chrome OS.

Or, it could mean the opposite. The market is a pretty large cake, and even the smallest slice is larger than it seems. So on the flipside, if Google Chrome OS takes off, it’ll mean that high profile apps will suddenly also appear on the Linux platform. Sure, right now Google proclaims HTML5 and CSS to be the new SDK, but so did Apple when the iPhone launched. Given time, I find it likely that “real”, compiled apps, will still be necessary for a number of things. So just possibly, Chrome OS means Ubuntu users will finally get Photoshop on their platform. And perhaps it won’t even be slow.

One of the core tenets of Linux has always been free (as a bird). Which means it’s not so compatible with non-free stuff like Helvetica and Flash Player being bundled with the system. So let’s indulge in speculation for a moment: Chrome OS will be Google branded and so when Google opens the source of the OS, it’ll likely result in Chromium OS (as it did for Chrome). Whether this will solve the non-free problem, or upset the gentle Linux eco-system further, remains to be seen.

According to Robert Scoble, there’s a reason why Google announces Chrome OS this week:

Why did Google announce Chrome OS this week? Well, of course, Microsoft has a big announcement coming on Monday (I’m embargoed). (#)

While I do find it somewhat odd that Chrome OS is being launched without even a single Comicbook to go along, the timing could simply be a matter of coinciding with Windows 7 going gold (which I read somewhere is scheduled for this monday). However, if we are to read any significance in to Scobles comments (which history suggests we shouldn’t), Microsofts upcoming announcement is likely to be somewhat related to Googles Chrome OS announcement. Could it be that Microsoft is finally shedding the DOS baggage and rebooting Windows with a new product, codenamed Windows Begins? With Google Chrome OS just announced, such an announcement would certainly lack the same punch.

Then again, it’s probably just yet another Microsoft attempt to copy Googles success. In fact, it’s probably Google Docs, but from Microsoft: Microsoft LiveBing for Workgroups (you know, because it’s collaborative).

Search is not Googles core business, Google Adsense is. And so, the more web-apps Google can make and place Google ads in, the better Google is doing. And so it once again boils down to Microsofts gift to the internet, the curse known as Internet Explorer 6, an obsolete browser which which reads web-apps like a conservative christian would read The Origin of Species; try a few pages, then give up and burn the rest. In the fight against Internet Explorer 6, the operating system as chosen by OEMs is the final frontier. So in a way, Internet Explorer 6 probably paved the way for Chrome OS. Thanks?