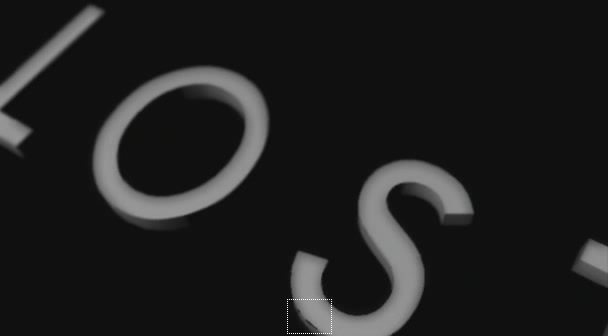 Since Lost – one of the most worthwhile TV shows since Twin Peaks – is taking a break until February next year, I’d like to spend the time inbetween discussing one of the issues that really annoy me about that show.

No, it’s not the fact that they’re milking every episode, postponing the ultimate revelation one season at a time. It’s not the nagging feeling that once that revelation is upon us, they won’t be able to explain all the myriad of threads they’ve torn the story into. No, it’s much simpler. It’s a visual glitch.

See every time the show starts, right after the opening sequence, the Lost logo comes into focus and zooms past the camera. Freezeframe! There, a glitch in the 3D shape. The face of the logo doesn’t connect properly to the sides.

If you, like me, know just a tiny smudgeon about 3D modelling, this glitch is a symptom of an utterly crap 3D modeller. It bugs the hell out of me. What about you? Are you just sitting there, taking it?

31 thoughts on “The Lost Pixels”